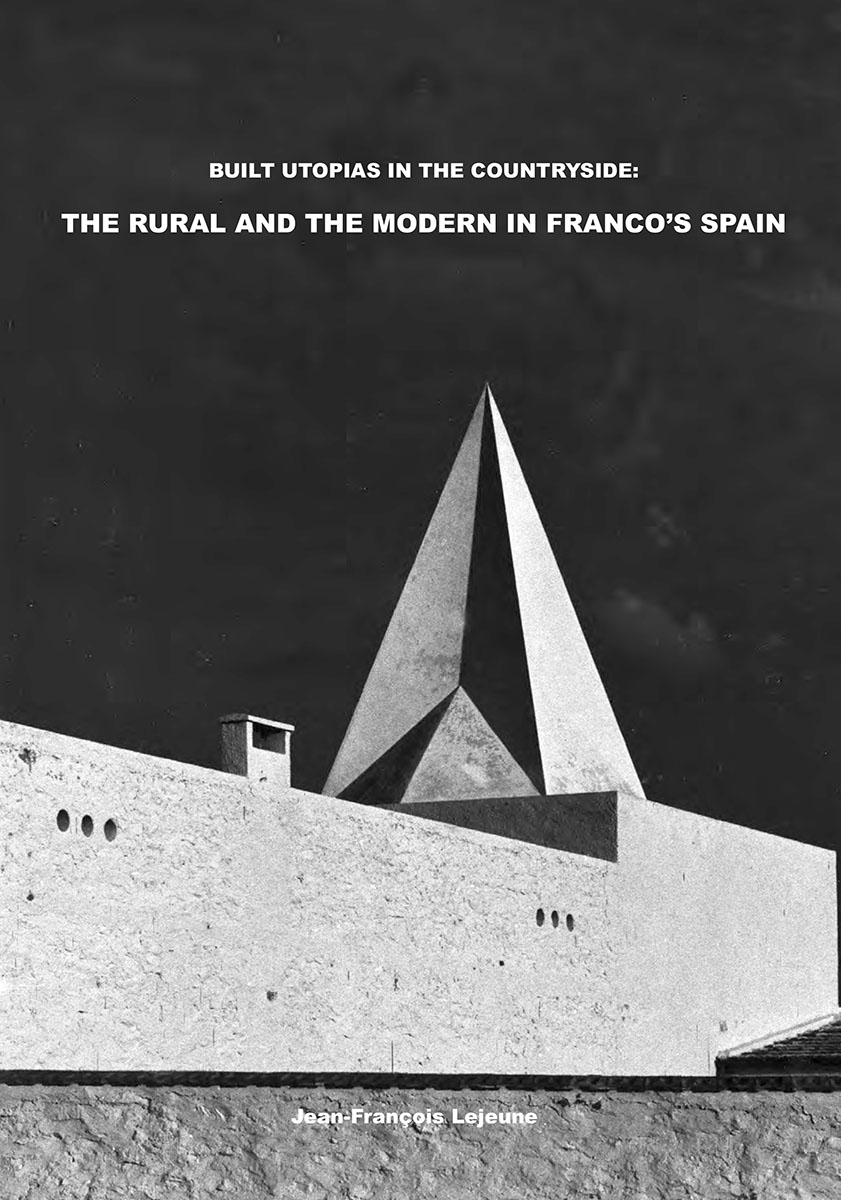 «BUILT UTOPIAS IN THE COUNTRYSIDE: THE RURAL AND THE MODERN IN FRANCO’S SPAIN». Jean-François Lejeune.Tesis doctoral. Delft University of Technology.

Anchored by Hüppauf and Umbach’s notion of Vernacular Modernism and focusing on architecture and urbanism during Franco’s dictatorship from 1939 to 1975, this thesis challenges the hegemonic and Northern-oriented narrative of urban modernity. It develops arguments about the reciprocal influences between the urban and the rural that characterize Spanish modernity, and analyzes the intense architectural and urban debates that resulted from the crisis of 1898, as they focused on the importance of vernacular architecture, in particular the Mediterranean one, in the definition of an “other modernity.” This search culminated before 1936 with the “Lessons of Ibiza,” and was revived at the beginning of the 1950s, when architects like Coderch, Fisac, Bohigas, and the cosigners of the Manifiesto de la Alhambra brought back the discourse of the modern vernacular as a politically acceptable form of Spanish modernity, and extended its field of application from the individual house and the rural architecture to the urban conditions, including social and middle-class housing. The core of the dissertation addresses the 20th century phenomenon of the modern agricultural village as built emergence of a rural paradigm of modernity in parallel or alternative to the metropolitan condition. In doing so, it interrogates the question of tradition, modernity, and national identity in urban form between the 1920s and the 1960s. Regarding Spain, it studies the actuation of the two Institutes that were created to implement the Francoist policy of post-war reconstruction and interior colonization—the Dirección

General de Regiones Devastadas, and the Instituto Nacional de Colonización. It examines the ideological, political, urban, and architectural principles of Franco’s reconstruction of the devastated countryside, as well as his grand “hydro-social dream” of modernization of the countryside. It analyzes their role in national-building policies in liaison with the early 20th-century

Regenerationist Movement of Joaquín Costa, the first works of hydraulic infrastructure under Primo de Rivera, and the aborted agrarian reform of the Second Republic. Inspired by the Zionist colonization of Palestine and Mussolini’s reclaiming of the Pontine Marshes, Falangist planners developed a national strategy of “interior colonization” that, along with the reclamation and irrigation of extensive and unproductive river basins, entailed the construction v iii of three hundred modern villages or pueblos between 1940 and 1971. Each village was designed as a “rural utopia,” centered on a plaza mayor and the church, which embodied the political ideal of civil life under the nationalcatholic regime and evolved from a traditional town design in the 1940s to an increasingly abstract and modern vision, anchored on the concept of the “Heart of the City” after 1952. The program was an important catalyst for the development of Spanish modern architecture after the first period of autarchy and an effective incubator for a new generation of architects, including Alejandro de la Sota, José Luis Fernández del Amo, and others. Between tradition and modernity, these architects reinvented the pueblos as platforms of urban and architectonic experimentation in their search for a depurated rural vernacular and a modern urban form. Whereas abstraction was the primary design tool that Fernández del Amo deployed to the limits of the continuity of urban form, de la Sota reversed the fundamental reference to the countryside that characterizes Spanish surrealism to bring surrealism within the process of rural modernization in Franco’s Spain.

We may request cookies to be set on your device. We use cookies to let us know when you visit our websites, how you interact with us, to enrich your user experience, and to customize your relationship with our website.

Click on the different category headings to find out more. You can also change some of your preferences. Note that blocking some types of cookies may impact your experience on our websites and the services we are able to offer.

These cookies are strictly necessary to provide you with services available through our website and to use some of its features.

Because these cookies are strictly necessary to deliver the website, refusing them will have impact how our site functions. You always can block or delete cookies by changing your browser settings and force blocking all cookies on this website. But this will always prompt you to accept/refuse cookies when revisiting our site.

We fully respect if you want to refuse cookies but to avoid asking you again and again kindly allow us to store a cookie for that. You are free to opt out any time or opt in for other cookies to get a better experience. If you refuse cookies we will remove all set cookies in our domain.

We provide you with a list of stored cookies on your computer in our domain so you can check what we stored. Due to security reasons we are not able to show or modify cookies from other domains. You can check these in your browser security settings.

These cookies collect information that is used either in aggregate form to help us understand how our website is being used or how effective our marketing campaigns are, or to help us customize our website and application for you in order to enhance your experience.

If you do not want that we track your visit to our site you can disable tracking in your browser here:

We also use different external services like Google Webfonts, Google Maps, and external Video providers. Since these providers may collect personal data like your IP address we allow you to block them here. Please be aware that this might heavily reduce the functionality and appearance of our site. Changes will take effect once you reload the page.

The following cookies are also needed - You can choose if you want to allow them: